Arjuna was in win-win situation: 10 facts that made Arjuna a perfect character! 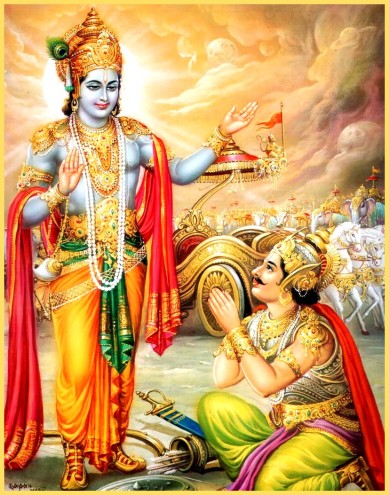 A story becomes a great epic only because of its characters and their peculiar traits, which leaves the footprints on the sand of time and stays eternal forever. The portrayal of niche thinking, complexities and determination of attaining fame; better explained through the phrase ‘Everything is fair in love and war’ and yea it was definitely ‘The War’. The great epic, Mahabharata marks the beginning of egocentric, shrewd and all other negative sides of human nature with a tint of humanity.

Though every character justified with their specific roles, yet the hero is only one and probably ‘Arjuna’, the middle one out of the five Pandavas warriors out shined as a true hero. I am not saying that ‘Arjuna’ was a perfect character but in spite of his own complexities or as per the plot of the story, he was usually in a win-win situation.

#A grand celebration was performed at Arjuna’s birth and Lord Indra was gratified by the success stories of his son and called himself a proud father of Arjuna.

#Arjuna was focussed and perspicuous about his goals and he earned his success by working hard. He practised to shoot an arrow in darkness as well as by hearing the minute audible sounds.

#Arjuna remained in the priority wish list of Bheeshma and Dronacharya forever. Both the talented warriors supported him and even opted for inappropriate actions to prove his excellence.

#Karan being an equally capable warrior as Arjuna, could never flourish because of his karmas and favouring the wrong doers i.e. Duryodhan; which indirectly lead Arjuna to excel.

#Arjuna’s feelings for his beloved Draupadi were true but sharing his wife with the other four was not his idea. Yet he abided his mother and accepted the truth.

#In spite of any complex situation, Arjuna bestowed full faith upon his soul mate- Lord Krishna and received his hearty blessings as a devotee and follower.

#At one point, Arjuna had to raise his sword to kill his dear brother Yudhistra, as per his oath. Yet Arjuna could not accept his own deed of disrespecting his brother and paid for his sin.

#The moral code and empathetic attitude of Arjuna, made him receive laurels and blessings from all his relations.

#Till the end, Arjuna had a soft corner towards Karan and respected him as a brave competitor. Only to abide by his master’s wish, Arjuna had to shoot an arrow on Karan.

#In spite of an opportunity of choosing the great army of 10,000 warriors, Arjuna remained firm with his decision of choosing Lord Krishna. The success of Arjuna was sure shot, since he preferred to sit near his master’s feet rather that near his head like Duryodhan.

The enlightening journey of Arjuna in holy Bhagvad Gita is an epitome of his successful and perfect character and proves my above statement judiciously.