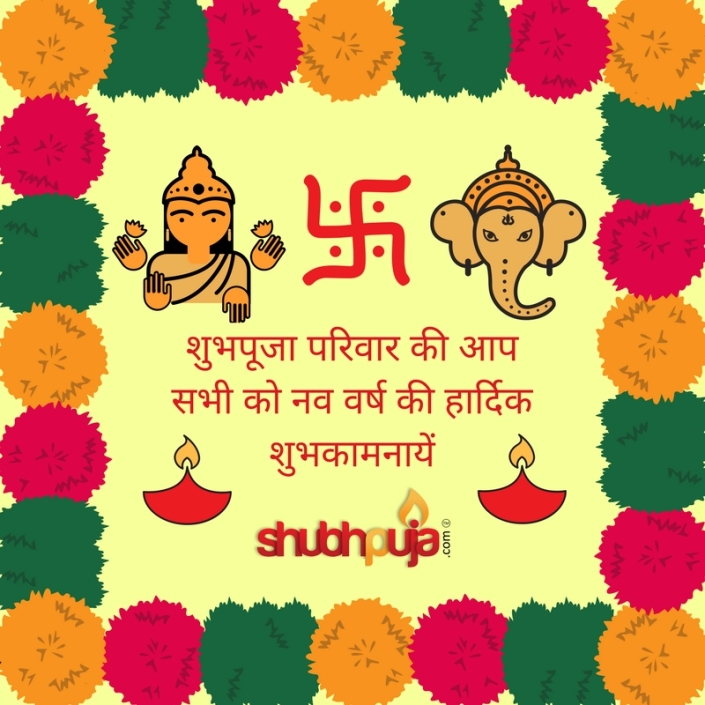 Beginnings are an epitome of hopes, happiness and immense enthusiasm. The Hindu New Year or Gudi Padwa or also called as Ugadi is widely celebrated to inaugurate the Hindu year. This is the first day of the Indian month of Chaita according to the lunar calendar. This day also marks the beginning of new season and end of the Rabi crops. People from all around India perform special rituals on this day and welcome the New Year with immense joy.

The preparations for this special day include proper cleansing of the house and decorating the home at its best. The family members install the Gudi at the entrance of their residence by taking a long stick, a sacred cloth which is mainly red or yellow in colour and a Kalash. After placing the kalash it is adorned with mango leaves and flowers. This ceremony is highly sacred and considered to bring happiness, prosperity and success for the family.

The festival is celebrated in honour of Maratha Shivaji Maharaj, a great king who had a kingdom that spread across the entire part of western India. This is the reason people worship the Gudi which is a cloth which flies like a flag that is usually a sign of victory in an army.

This day also represents love and devotion between the wife and husband. On this day newly married daughters with their husbands are invited for special meals and resents. Thus this is the festival where families and relatives get together to celebrate the joy. Special delicacies are also prepared like Shrikhand and Poori or Puran Poli in Maharashtra and a mixture of six tastes called Ugadi Pachhadi or Bevu Bella in South India.

This year Gudi Padwa is on 8th April 2016 and we wish that it brings new ray of hope in everyone’s life.

The auspicious festival of light, Diwali means the ‘row of lighted lamps’ which symbolise the journey from darkness to light. The festival is a message to illuminate our inner true selves and cherish our illuminated soul in the eternal Universe (Brahman). Let us explore few of the interesting facts about this bright festival.

To cherish the celebration of attaining good over evil and revering this special day, organize the Diwali puja at your home and book your puja package now: http://shubhpuja.com/Diwali-puja-organise-id-348501.html